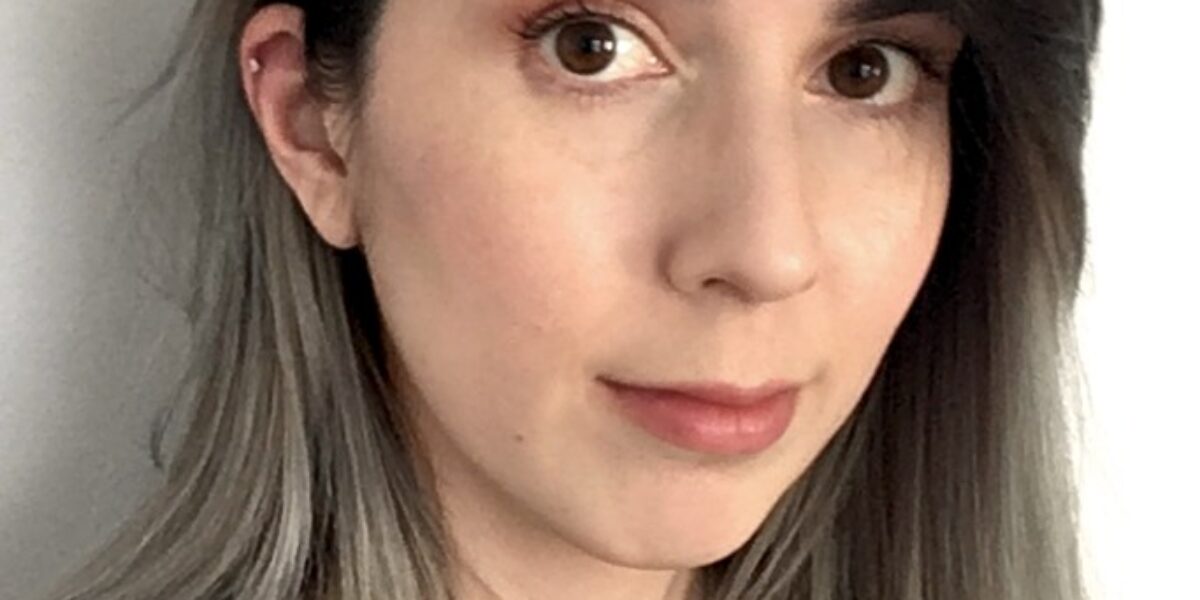 Meet Dr. Nathalie Ouellette! Dr. Ouellette comes to us from the University of Montreal. Keep reading to find out about her role in the JWST Mission and how she ended up in this line of work.

1. How would you describe your current occupation? How did you end up in this role?
(N.O) “I am an astrophysicist. I currently work at the University of Montreal. I have lots of different roles, one of them is a coordinator of the institute of research on exoplanets. I am also the outreach scientist for the Webb mission in Canada. I do research still, but I also do lots of things related to outreach, project management and for my own research I study the formation and evolution of galaxies. A lot of what I do on a daily basis is give presentations, develop online content to explain astronomy to a lot of different people. The way that I ended up in this position, I went to school for university and I did a bachelor’s in physics. I then did a masters in PHD at Queens in physics and astronomy. That’s where I was working a lot on the formation and evolution of galaxies. But while I was working on that, I was also the observatory coordinator for the campus observatory and so I did lots of stuff for outreach and I really fell in love with talking about science and not only doing science. So when I ended up with my PHD in 2016, I decided to try out science communication as a career. I still do a little bit of research but I really wanted to, like,  do science communication full time and I got my first ‘real job’ after my PHD at the Mcdonald Institute at Queens’ University. I was their education and outreach officer. And then after that a position opened up here at the University of Montreal to be the coordinator and the outreach scientist for Webb. I love what I do now. Getting to do science but talking about space especially with the public is really fantastic.”

2. What specific role do you play in the James Webb Telescope mission? Will your role change after launch?
(N.O) “So for the James Webb Space Telescope Missions, I’m the outreach scientist in Canada. The way that I like to describe my role is I’m sort of a bridge between the scientific team and the general public. I’m part of the science team – I get to work a lot with the people who developed the Canadian instrument that will be on the telescope and a lot of the scientists that will use the telescope to take data and then do their fantastic research and great astronomy discoveries. But they’re really really busy doing lots of research and the public wants to know what’s going on but you need a sort of special skillset to sort of translate those discoveries and make them more accessible and interesting for the general public. So that’s the role that I have. I act as that bridge so I develop video content, online content, social media posts, blogs, infographics, lots of different things. I give lots of public presentations, I answer media requests, television, radio interviews, lots of different things. Podcasts…. And create lots of content to get everyone excited for the James Webb Space Telescope Mission in Canada specifically. I collaborate with people at NASA and at the European Space Agency but my target audience is really the Canadian public. So before the launch up until now, I’ve been doing lots of work preparing the public and getting them excited for Webb; explaining different astronomy concepts and explaining the importance of Webb and I’m going to continue doing that, so I’ll still be the outreach scientist in Canada after launch. But once launch happens and we start getting data from Webb, I’m gonna be focusing a lot of my attention on translating the really amazing scientific discoveries that Webb and Canadian astronomers especially will be able to do with Webb. So my role will be the same but I’ll be able to focus more on Webb’s discoveries rather than Webb getting prepared for the launch.”

3. Who/what inspired you to go down this career path?
(N.O)“So, my parents are really big inspirations for launching me down this path. A lot of people ask me why I became an astronomer, what inspired me to become an astronomer and I was really lucky to have two parents that were very very encouraging of people asking questions and being curious and their daughters going into scientific fields. So while my parents are engineers, so I grew up with a male and a female role model who were in STEM who were in the sciences, so that was really great. I got to see my mom building planes in a very male-dominated world too and my mom is Vietnamese, she’s a Vietnamese immigrant, so it was really great to see her thrive as a Vietnamese woman in a very male dominated place and still be very very successful. And she actually still works in that field. She’s still building planes all over the US and all over Canada. And she actually worked for some time with Northrop Grumman who was the company who built the James Webb Space Telescope, the observatory piece. So that was really kind of interesting. While I was doing some stuff with Northop Grumman on the Webb side, she was doing stuff with Northrop Gumman on the plane side so we actually had a little bit of overlap there. So, my parents are really big influences for me to go into the sciences.”

4. What are you most excited about in terms of the telescope mission?
(N.O)“What am I most excited about for Webb? There’s like so many things to be excited about and when I’m asked this question, I often like to answer at the start that we’re sort of taking it one step at a time and um just the launching and the deployment is so complex that I’m sort of just most excited for it to get to its final destination – one and a half million kilometres from the Earth and it to be fully deployed and functional. That’ll be like a huge first step and I’m excited for that huge first step. So, Webb is a very big telescope. The whole thing is about the size of a tennis court or a small house, and it can’t fit inside of the fairing, of the rocket we’re going to use to launch it into space so it’s folded up on itself like a piece of origami and 30 minutes after its launch, it’ll have to start unfolding itself and there’s like 300 different mechanisms that have to deploy and work perfectly for the observatory to eventually work and once all that happens it needs to get to its final destination, all of its instruments need to cool down to very low temperatures to work, all the mirrors need to be correctly adjusted so that they can focus. Lots of different things need to happen before we even get to the science. So I’m excited to get to the point where we can say like ‘okay the telescope is there, it’s at the right temperature, all the instruments work’ – that really will be very exciting to me. But once the scientific operations start working, I’m super excited for everything related to the galaxies that it’s going to be able to see. We’re hoping it’s going to be able to see the very first galaxies ever created right after the Big Bang so I’m going to be very excited to see those early galaxies.”

5. Any advice to give youth aspiring to join the space sector?
(N.O) “Do I have any advice for youth or kids who are interested in getting into the space sector? Yeah definitely. So, the first thing that I would say is… I always say, ‘space is the future.’ So, it’s going to become more and more important as a sector and there’s going to be more and more ways to get involved in space. So, once upon a time when space was just emerging as a sector, I think people sort of thought the only way to get involved in space was astronomy so if you’re looking at space through a telescope from the Earth, or rocket science/being an astronaut – so building rockets and or being an astronaut and going into space. But now there are like more ways to get involved in astronomy or space. You can be a mathematician, or someone who deals with statistics because there’s just so much data in space that you need to have statistics to be able to handle all of that. There are people that are astro-chemists or astrobiologists because we are interested in the biology or the chemistry of things in space. There are people that are like space lawyers or space doctors because now that we’re sending people into space, we need to know medicine related to their stays in space, we need to have laws related to who’s allowed to send things into space, um, what do you do with the things that are in space – the satellites that no longer work. So, if you’re interested in space, explore all the different ways that you can get involved in the space sector. Don’t think that there’s only one path to go into space. If you love math and you love physics, you can be an astrophysicist, that’s like great, but if that’s not your cup of tea and you like law or you like medicine, there are other ways that you can get involved in space to explore all the different ways you can get involved in space.”

6. Tell us a fun fact about the JWST! Check out Dr. Ouellette’s answer on Youtube later this month!

Connect with Dr. Ouellette via: